Even the Greatest Tap Instructors Had Help

Focussed on cutting unneeded fat from your current tap curriculum and investing your class time on what really matters, Clear Steps closes the gap to get you where you want to be.

We’re on a mission to build a didgital platform that impacts the lives of 1000’s of tap coaches on a weekly basis and will not stop until we achieve this vision.

Gone are the days when you needed an in-house tap expert to have a nationally famed tap program — We’ve opened up a clear path to success past generations of teachers could never have dreamed of. Walls between average programs and the elite are crashing down. In fact, we’d wager average programs, armed with our focussed content, will soon account for more success than the tap snobs.

There has never been a better time to start crushing it. The playing field has never been so accessible — or competitive. But let’s level for a second, we all know not every studio is good at tap dancing. This has nothing to do with talent — It has to do with access to proven strategies. If you’re prepared to hustle for all you’re worth and grind like there’s no tomorrow, butts can be kicked.

01 – Short and powerful video lessons in 3 minutes or less

Clear Steps is a high-impact training program designed to quickly bring you maximum results. Each video lesson is 3 minutes or less for fast learning, yet packed with the transformative concepts and insights that you need to create powerful shifts in your classroom.

With Clear Steps, you’re not simply learning “high-level tap combos” — you get proven program enhancing strategies from one of the industry’s forefront and respected leaders.

All dance coaches have blind spots that prevent them from getting their students to the next level. Nick’s proven program is designed to help you break through your specific blind spots, eliminate all guess work and quickly elevate your program to the level of success you are truly capable of.

In addition to your Clear Steps video lessons, this platform gives you access to additional supporting resources and content that will take your program to even higher levels. These tools are designed to tackle specific challenges tap coaches face every day.

Many coaches have paid top dollar to access valuable coaching from top-earning industry leaders like Nick Bowman. Today, you have the opportunity to learn from Nick his proven Clear Steps program as a gift, for absolutely FREE. Why? Simply because the entire team here at Tap Teacher Online knows by assisting you, we empower you to successfully impact more students and help spread our shared LOVE and PASSION for tap dance.

Transform your program, or build one from scratch.

Nick Bowman is the founder and creator of Tap Teacher Online — a dance program resource and consultancy for competitive dance studios and higher education dance programs. His methodology is deep coaching — bespoke, not time-based. Nick’s clients vary a wide range of dance studios, institutions and organizations of every size — from newly-founded, recreational studios to ultra-successful, competitive studios (studios you would assume don’t need a coach). Throughout the dance education community, Nick has built a reputation surrounding his passion for inspiring educators and students alike to strive for, and reach, their fullest potential.

He is an expert at guiding high-achievers to the greatest levels of success. A lifelong student of human behavior, Nick has extensively researched the question of how seemingly minor changes in method and psychology can account for radical differences in performance.

A thought leader in the world of dance education, Nick has been on faculty with the Nation’s premier dance convention, West Coast Dance Explosion (WCDE), for well over a decade. While touring with WCDE in his early twenties, he first had the opportunity to partner with other industry thought leaders and top-performing studios. These relationships quickly inspired Nick down a decade-long path of inquiry, ultimately leading him to one of his life’s greatest passions – hacking the code to high-performing, streamlined, dance coaching.

Additionally, beyond his passion for coaching and dance education, Nick is the executive director and co-creator of Rhythmic Circus — a highly-acclaimed touring music and dance company. Nick is proud to have toured extensively with Rhythmic Circus all over the world, to have performed their show Feet Don’t Fail Me Now in an extended run Off-Broadway, to have been invited to perform with them at the Kennedy Center in Washington D.C., and to have been showcased with them on America’s Got Talent.

Another of Nick’s brainchildren is Vision Street Arts — a new non-profit company devoted to the creation of original music, dance and theater programming — which he founded and currently serves on the board of directors.

His new forthcoming blog is titled Dance Coach: How to Optimize Your Program, Curriculum and Classroom. Through this blog, Nick will offer dance educators helpful insights and strategies from his experience as well as from other top-level coaches and choreographers in the dance education industry.

Through all of his success, Nick remains grateful to receive constant invitations to choreograph, coach and perform in countries all over the world. He is also incredibly grateful for — and proud of — his wife, Katie, a well-respected Traditional Chinese Medicine Practitioner, specializing in acupuncture and herbal medicine. The two of them are madly in love, happily reside in Minneapolis, MN and are ecstatic to announce the birth of Serianna, their first bundle of joy. — Oh, and he still gets nervous walking into a party. 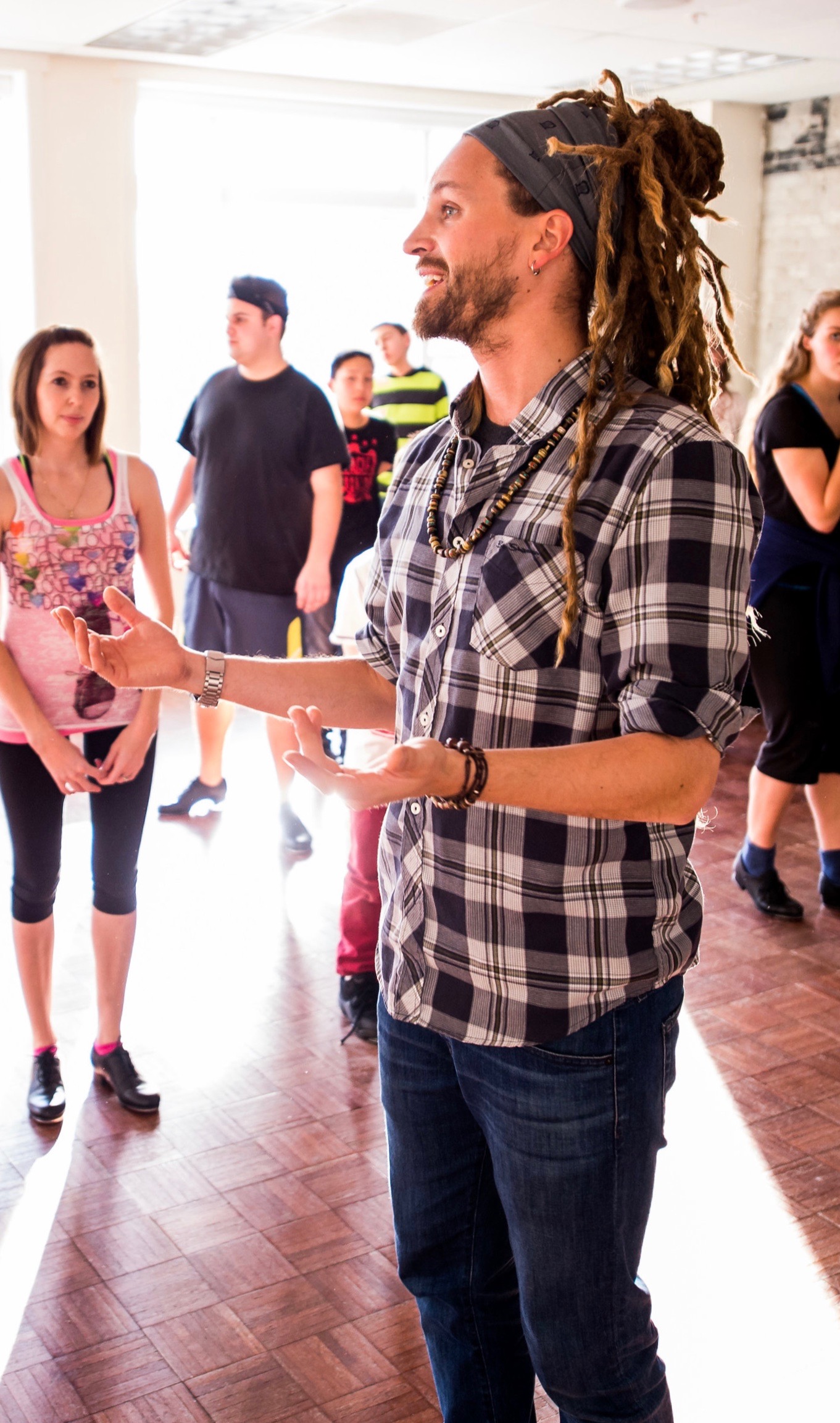 What are you waiting for?

You Can Do This! Let's Start Crushing It!